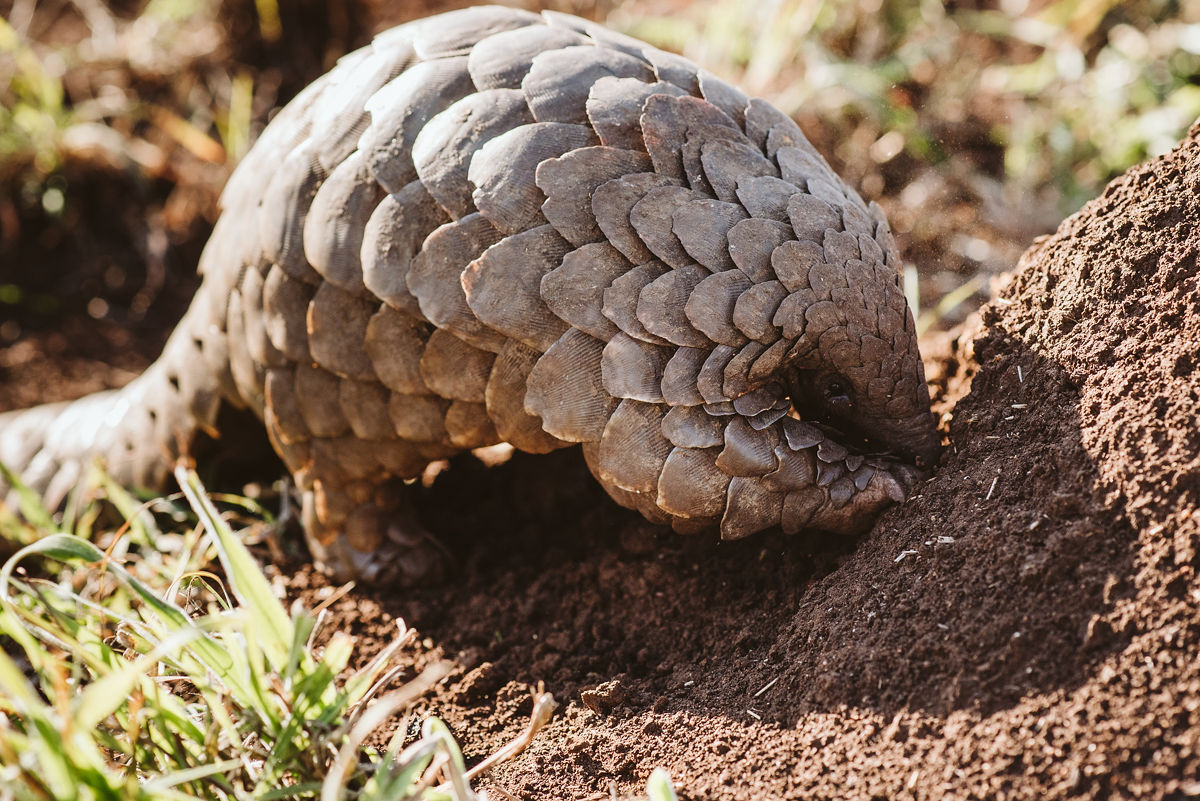 There have been some truly heart-warming tales of the Manyoni pangolins lately. So this World Pangolin Day this year, we are celebrating the pangolin conservation success stories unfolding right here in our ‘back-yard’. 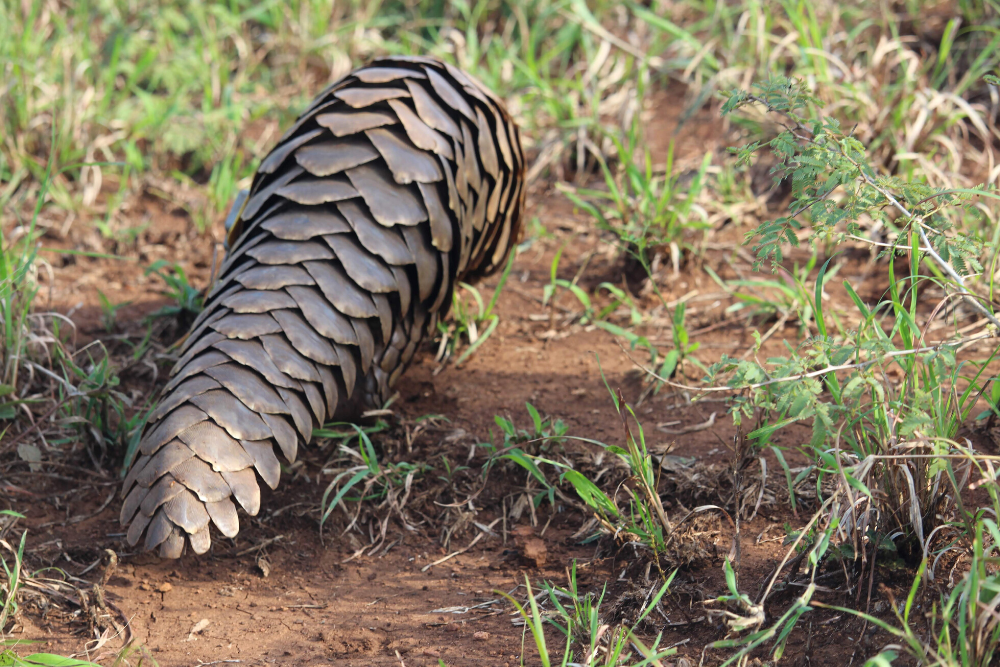 For two years now, the Temminck’s ground pangolin (Smutsia temminckii) has been given refuge in Manyoni Private Game Reserve, which forms part of an area where they had become locally extinct about 60 years ago. The incredible work of the Zululand Conservation Trust, African Pangolin Working Group and Johannesburg Wildlife Vet (JWV) with the Manyoni team is turning this tragic situation into a story of pangolin conservation inspiration. Most importantly, it is critical in ensuring the survival of what is currently the world’s most trafficked animal.

Stevie gets his second chance

Pangolin Stevie is currently in his ‘soft-release’ phase, although not for too much longer. He is just about ready to be fully released and rehabilitated back into the wild, to roam freely like he was always meant to. Each pangolin rescued from the illegal wildlife trade is given a second chance at a happy and healthy life. After receiving intensive care by the dedicated JWV team, the pangolin will start the soft-release process in a suitable reserve, like Manyoni. This program ensures the pangolin acclimatizes, can forage for suitable food, and gains weight, which can only be achieved through round-the-clock monitoring by a small, dedicated group of people.

Callen and Neria fall in love

After his seven-month soft-release phase, young Callen was given a clean bill of health and fully released into the reserve in November. Then, in early January, he picked up on the scent of Neria, a female pangolin who had wandered into his territory. He began following her and by the next night, they had joined up and spent the whole night together. Pangolin shepherd Donald Davis found them together, completely relaxed with each other and Callen doing his best to mate with Neria. 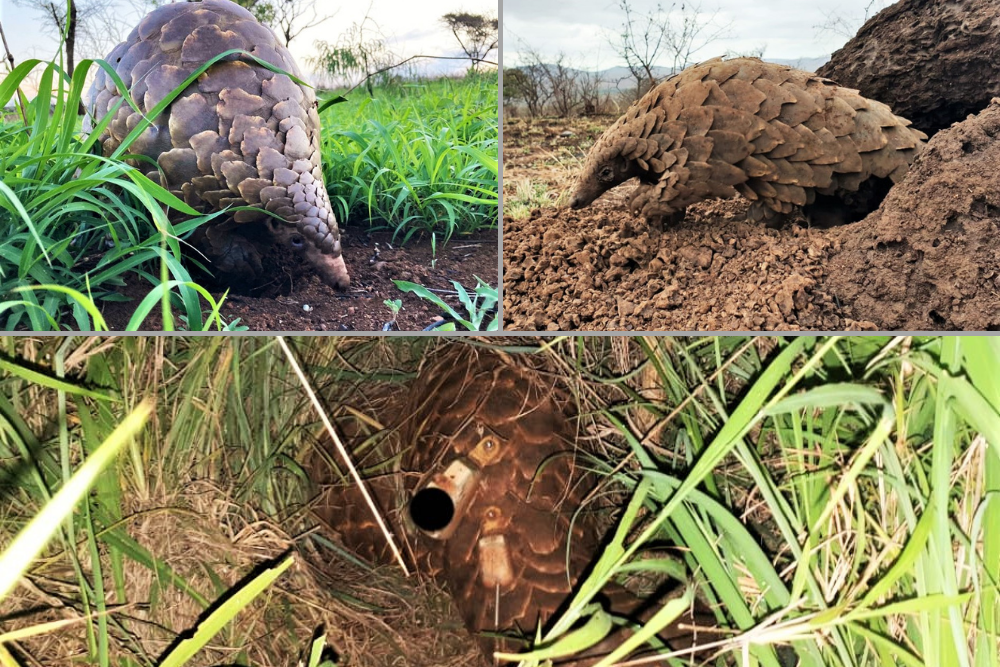 We’re all holding thumbs that the mating was successful and that a little pango pup might be born in the reserve in a couple of months. Regardless of the outcome, the team’s continued monitoring of the pair enables greater understanding of these fascinating creatures. Ultimately, just to witness these gentle creatures now fully rehabilitated and living out in the wild, as they should be, is such a privilege. 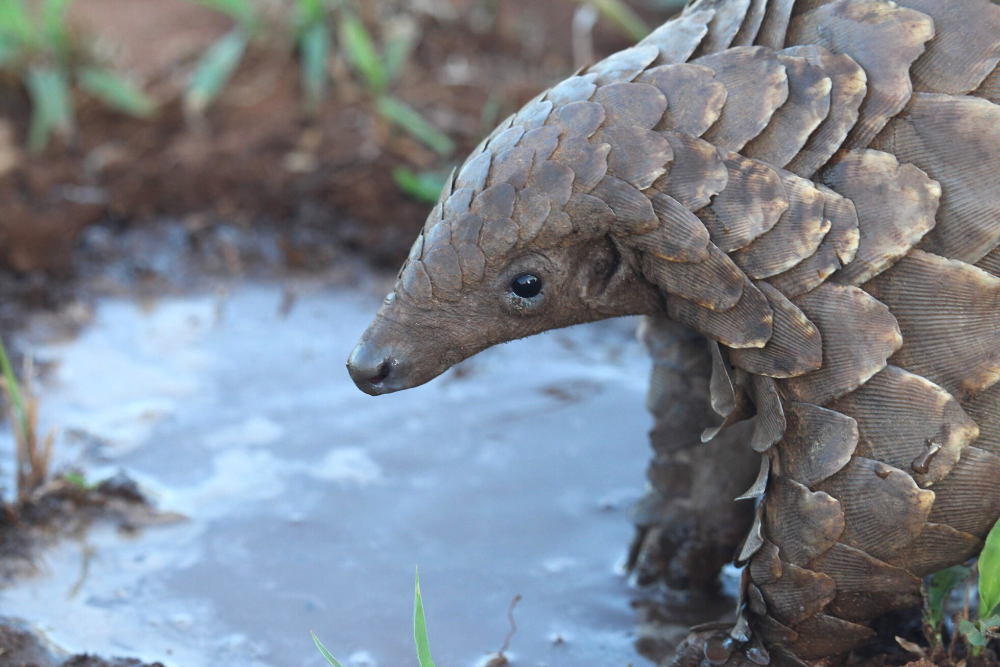 Thank you to those of you that have supported the pangolin conservation in Manyoni and beyond. This includes our guests, who just by staying at Rhino River Lodge, are helping fund this work. You have all had a part to play in these success stories. If you would like to support the rehabilitation and protection of pangolins back into Zululand, please get in touch with the Zululand Conservation Trust via email, make a donation online, or find out more here.

You can also contact us to enquire or book your safari experience with us in Manyoni. If, during your stay with us, there is a pangolin in soft-release phase, you may have the opportunity to join a shepherd as they walk with the pangolin under their care.

Feature image by Casey Pratt (Love Africa Marketing). All other images by Manyoni.

The Cottage Gets a Make-over

The Cottage Gets a Make-over