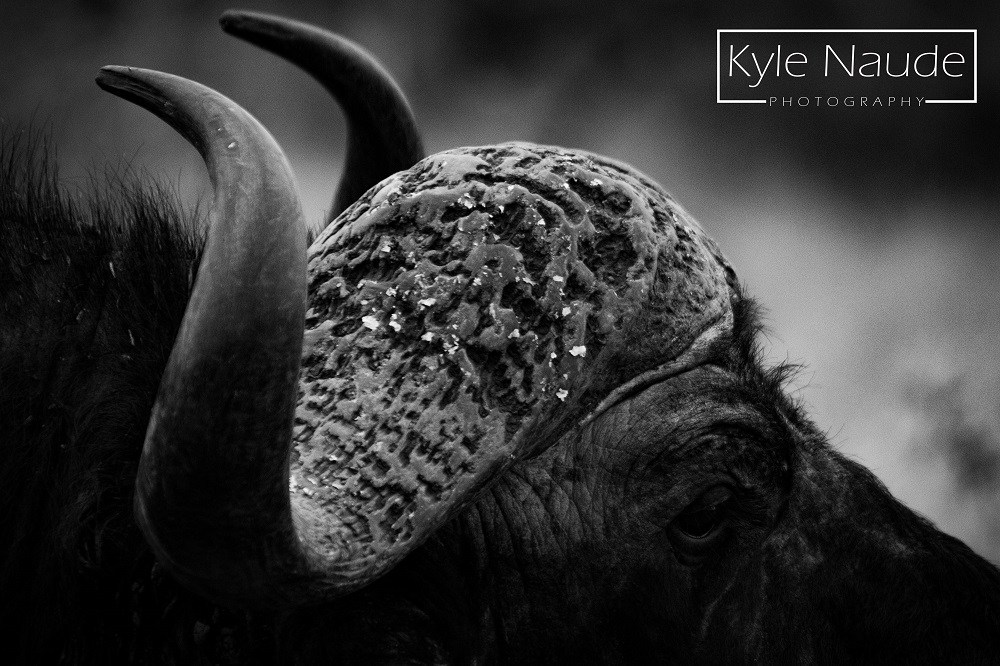 Out here in the bush, we don’t take ‘the bull by the horns’, we take ‘the buffalo by the boss’.

Not literally, of course! That would be a death sentence, which many a lion has experienced when taking on a buffalo. This beast charged its way into Africa’s iconic Big 5 because of its size, unpredictability, and general moody temperament. In fact, they are known for simply charging without warning – just imagine an 800kg male buffalo running at you at 50km/h!

Considering that they are so bad tempered, it’s not surprising that they are referred to as an ‘obstinacy’ of buffalo when in a group. They generally live in large, protective herds that, together with their characteristic bosses, makes challenging their stubbornness an unwise idea. Quite an apt collective noun, we would say.

And, as if they couldn’t get any more hardcore, the pair of horns that adorn their heads gradually fuse together into a thick, helmet-like growth at the base. This particular feature is unique to the Cape buffalo because all other types of buffalo, like the Asiatic water buffalo and American bison, generally have horns that grow separately on each side of the skull.

What defines the buffalo boss?

The horns are thick, solid bone and are fully formed by the time the buffalo reaches five or six years old. Younger bulls will often still have hairs on their horns. The bosses will only become hard at around eight or nine years of age. Buffalo are dimorphic which means there is little difference between the male and the female. The one fairly conspicuous difference between the two is that female buffalo have narrow horns that are, on average, about 10 to 20% smaller than the males, and they do not grow a boss.

For male buffalo, the boss signifies coming of age. At around the same time the boss forms around the male buffalo’s skull, the bull becomes eligible to compete for breeding rights, consequently becoming the herd bull and passing along his genes. And, while in their reproductive prime, male buffalo spend a significant amount of time ‘in the ring’ and need a strong boss to protect their brains.

As buffalo get older and their reproduction peak pass, male buffalo are usually chased from the larger herds and either form bachelor groups or live out the rest of their days alone. These elderly buffalo males are called the dagha or dagga boys – dagha is the word in isiZulu for mud and refers to these buffalo spending many hours wallowing in pools of mud.

Now that you know a bit about the buffalo boss, it’s time to see one in for yourself in real life! Contact us to enquire or book a Big 5 safari in the great wilderness of Manyoni Private Game Reserve.