If the average safari-goer were to rank the species they most desire to see, African wild dogs usually wouldn’t even rank in the top three.

Sure, they’re not the ‘prettiest’ of predators, and up-close they can be a bit stinky, but here’s a little safari secret for you: many game rangers, conservationists, and researchers would rank wild dogs as the number one species that they enjoy watching in the African bush. In fact, when the Zululand Rhino Reserve – Manyoni Private Game Reserve – became home to a pack of wild dogs not too long ago, the dogs quickly became a firm favourite with the guides at Rhino River Lodge, and subsequently, our guests.

Here are five reasons to love wild dogs and why they should be at the top of your game-viewing list:

Lions are often the first thing most people on safari want to see. However, what most people don’t always realise, is that lions can be spectacularly lazy and spend much of their time lying around. While we love to see lions on game drives, wild dogs provide a stark contrast from a game viewing perspective. With seemingly boundless energy, wild dogs can cover very large distances, sometimes daily. They also hunt more frequently than other predators and are incredibly social; even rest times can be filled with exciting social interactions. 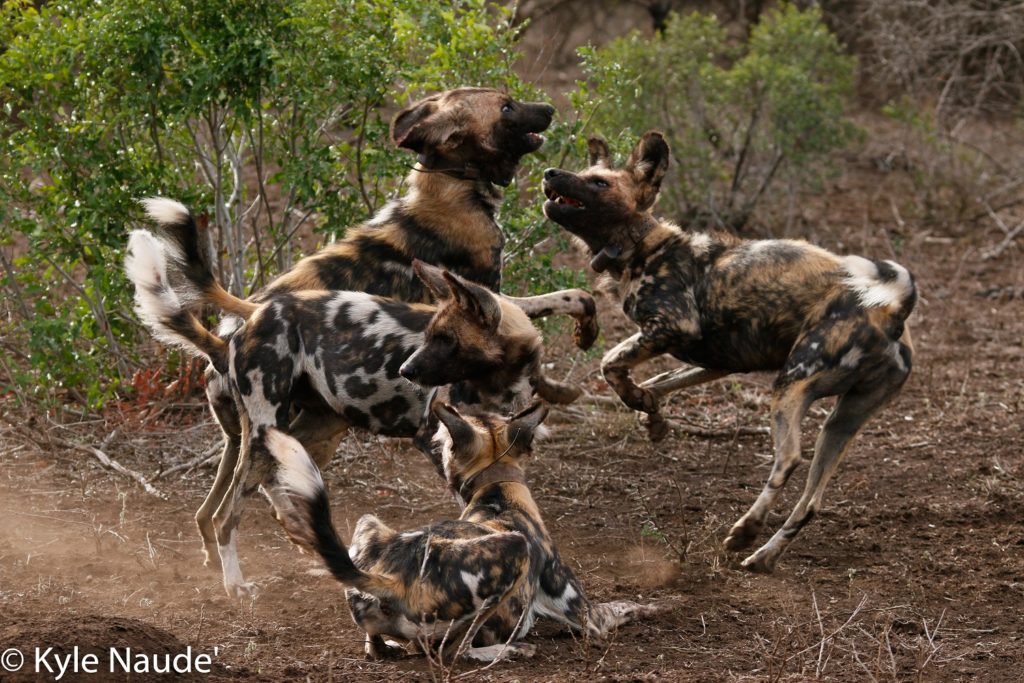 Wild dogs live in packs that are usually formed when a group of related females join up with a group of related males. The pack has a strict dominance hierarchy with an alpha pair (a male and female) at the very top. This hierarchy can shift through time and wild dogs spend much of their day strengthening their social bonds with one another and reinforcing their dominance hierarchy. Spending time with a pack of wild dogs allows for a fascinating insight into the complex social lives of these animals. 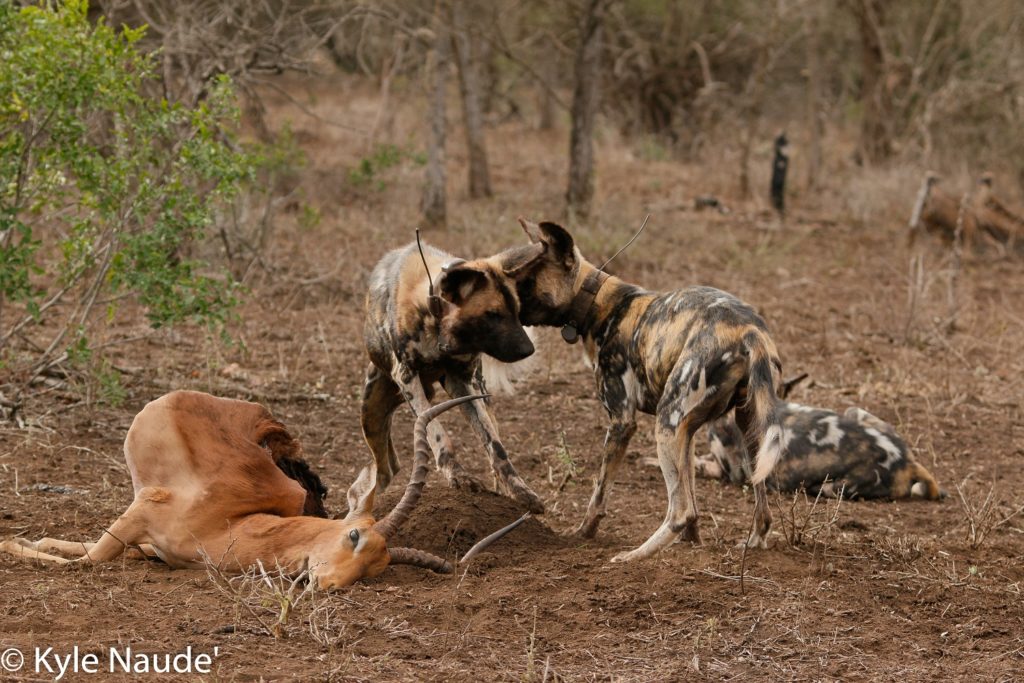 There is no other species quite like wild dogs. From their enormous home ranges and their hunting methods to their social structure, cooperative breeding and unique social behaviours, wild dogs are an incredibly interesting species. How many other animals do you know of that include handstands among their behavioural repertoire? Even within a single pack, each dog is unique, which means every pack has an entirely different dynamic. As if that isn’t enough, each wild dog is individually identifiable with a unique coat pattern of striking tan, black and white. 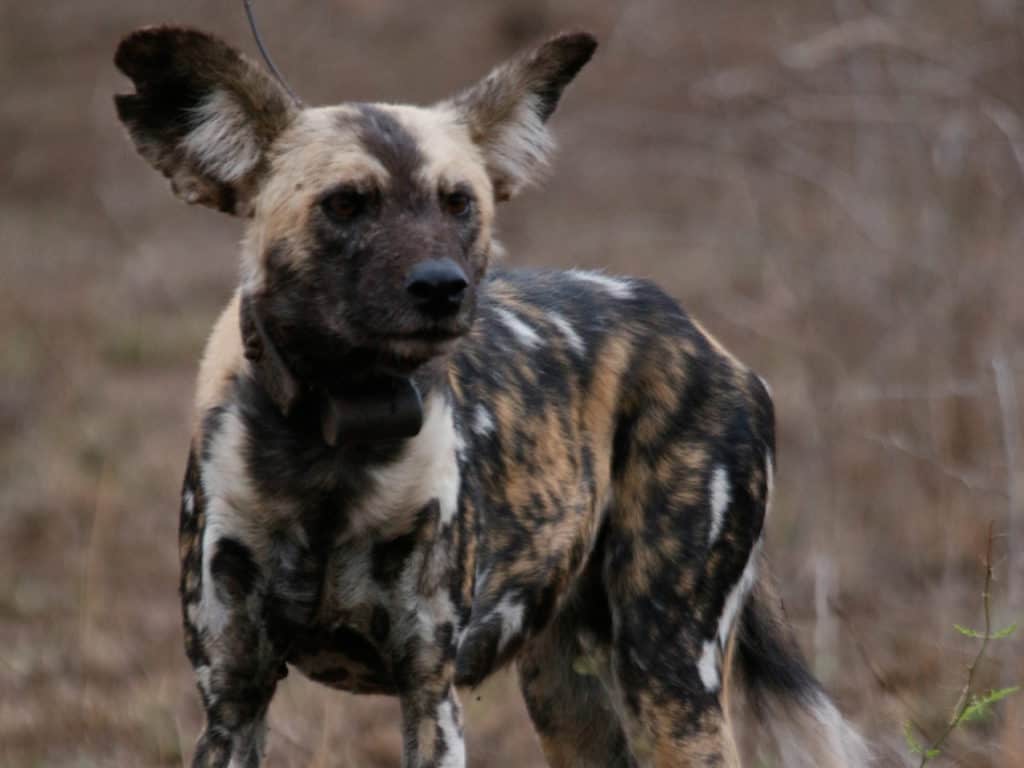 While, as mentioned, wild dogs are a unique species, there is still just enough ‘doggy-ness’ to remind us of our furry four-legged companions at home. Their big ears, energetic enthusiasm, and commitment to their pack makes them very endearing to humans. And wild dog puppies are possibly the cutest thing you would ever hope to see. 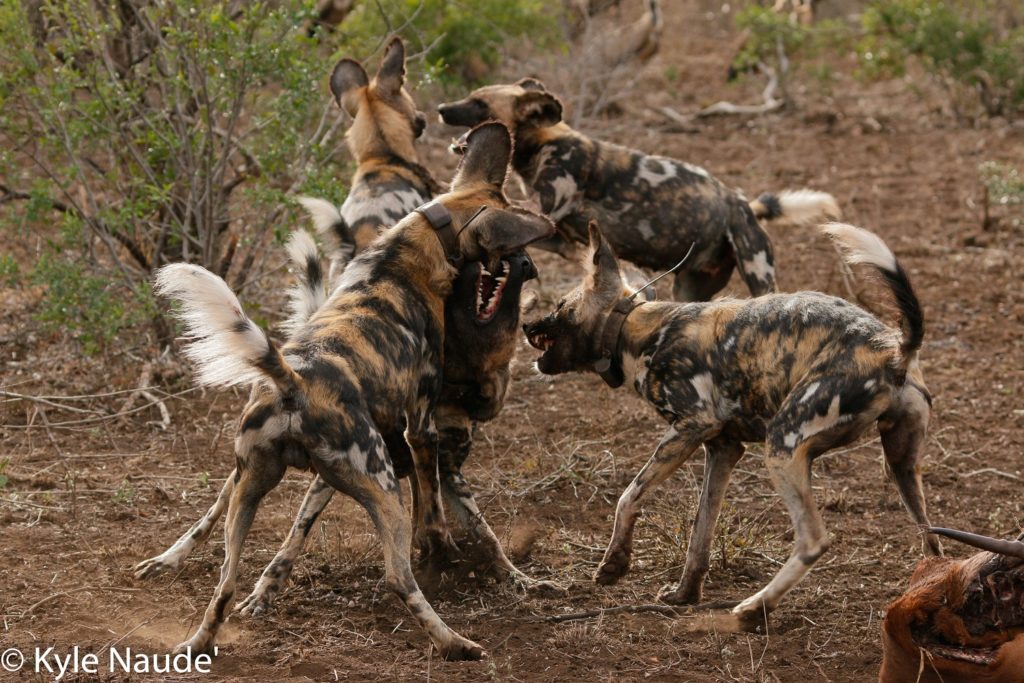 African wild dogs are incredibly rare. In fact, they are the second most endangered carnivore species on the African continent. They require large home ranges, high densities of prey and have a knack for breaking out of protected areas and getting into conflict with humans by eating livestock, making them difficult to manage and protect. They are also very susceptible to poachers’ snares. Combine all this with wild dogs’ complex social situation, and you’ll understand how managing the species has become one of the biggest conservation challenges in South Africa. Their dogged determination and resilience have served them well but they still face serious threats and challenges. 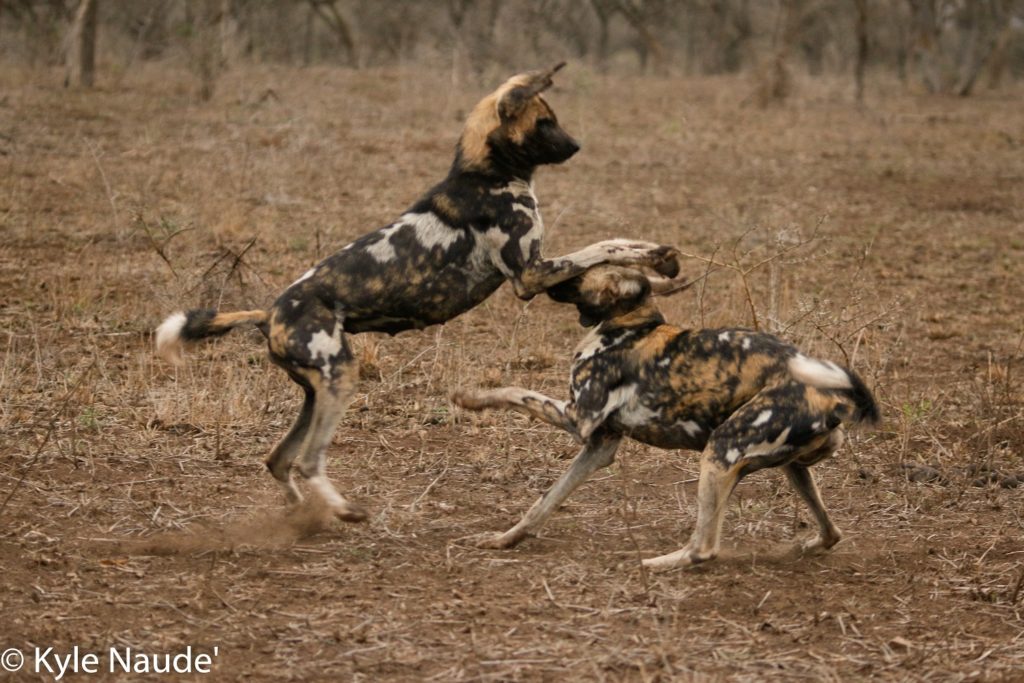 We consider ourselves very lucky to get to spend time with a pack of wild dogs on a regular basis. At times, the wild dogs will even spend time on the Rhino River Lodge property, even occasionally running through camp! A very special treat indeed.