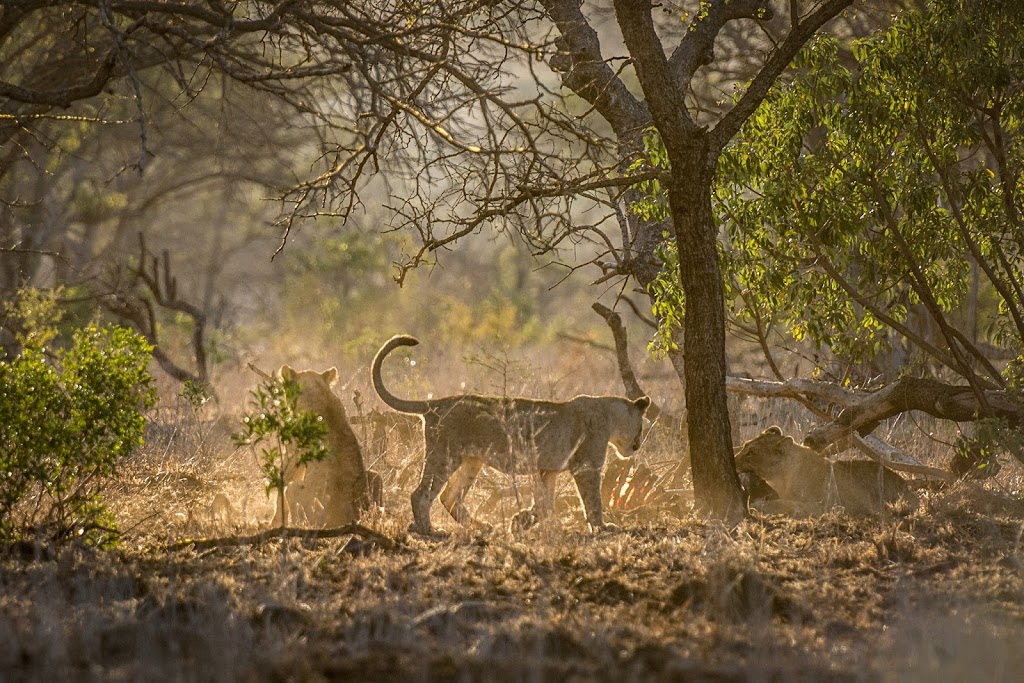 Dashing up a dusty road in the Zululand Rhino Reserve, none of us minded the bumpy ride as our guide, Kyle, had promised us a lion sighting. It had been a slow start to the morning drive and when we heard that there was a pride of lions not too far, we just couldn’t resist going to check it out.

On my last trip to Rhino River Lodge, I was treated to some of the best wildlife sightings I’ve ever had, including a fantastic encounter with five adorable little lion cubs and two lionesses. As you can imagine, expectations were set high for this trip.

As Kyle slowed the vehicle to a halt and we all peeled our eyes in search of the lions, we were not disappointed. Just 50m off the side of the road were the very same lion cubs and lionesses that I had seen on my previous trip, three months earlier. They were much bigger but it was definitely them! I couldn’t believe my luck to be seeing these lion cubs yet again. The pride had a kill nearby and the cubs were having fun playing in the dust and occasionally chasing vultures off their leftovers. 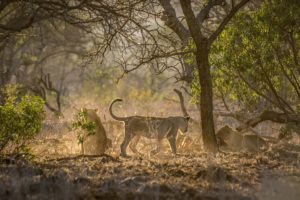 Absolutely enthralled by their antics, we sat there for what seemed like ages, just watching the cubs. We were so absorbed by them that we barely even noticed one of the lionesses walking directly towards our vehicle! As if to pose for the camera, the lioness strode within a few metres of us and stood there examining the scene for a while before sauntering back off into the bush. 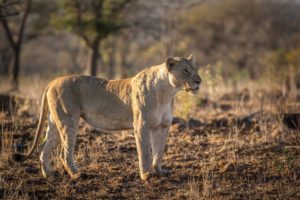 With that, the pride was on the move again and once they’d disappeared out of sight, we decided to move on as well. It wasn’t long, however, before we spotted yet another lion! Just down the road, as we turned the corner, there he was! A huge male lion with some seriously impressive battle scars, marching with determination across the veld. We stopped the car to watch him and couldn’t believe our eyes when just a couple of minutes after arriving, he walked directly across the road right in front of us and then disappeared into the bush on the other side! Had we been a few minutes earlier or later, we would not have even known he was there. 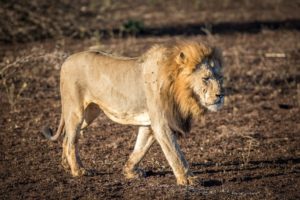 Still in a slight state of awe, we decided that it was time for a coffee break and headed off. However, the lions were not done with us yet! By complete chance, we spotted the same pride from earlier just a few metres up the road. We all had to do a double take, as when we’d left them, it looked as though they’d been heading in the complete opposite direction! We weren’t complaining though. Emerging out of the bushes, the five lion cubs and two lionesses proceeded to walk right behind the vehicle and across the road, barely even noticing our presence. 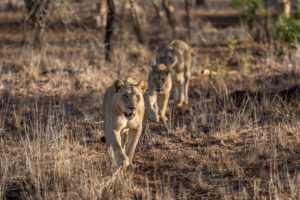 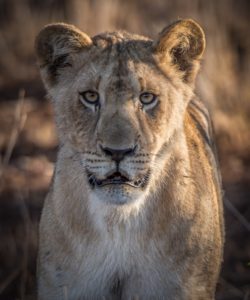 It just goes to show, timing and luck is everything when it comes to having good sightings on safari. But I like to think that these lions were showing off especially for us! 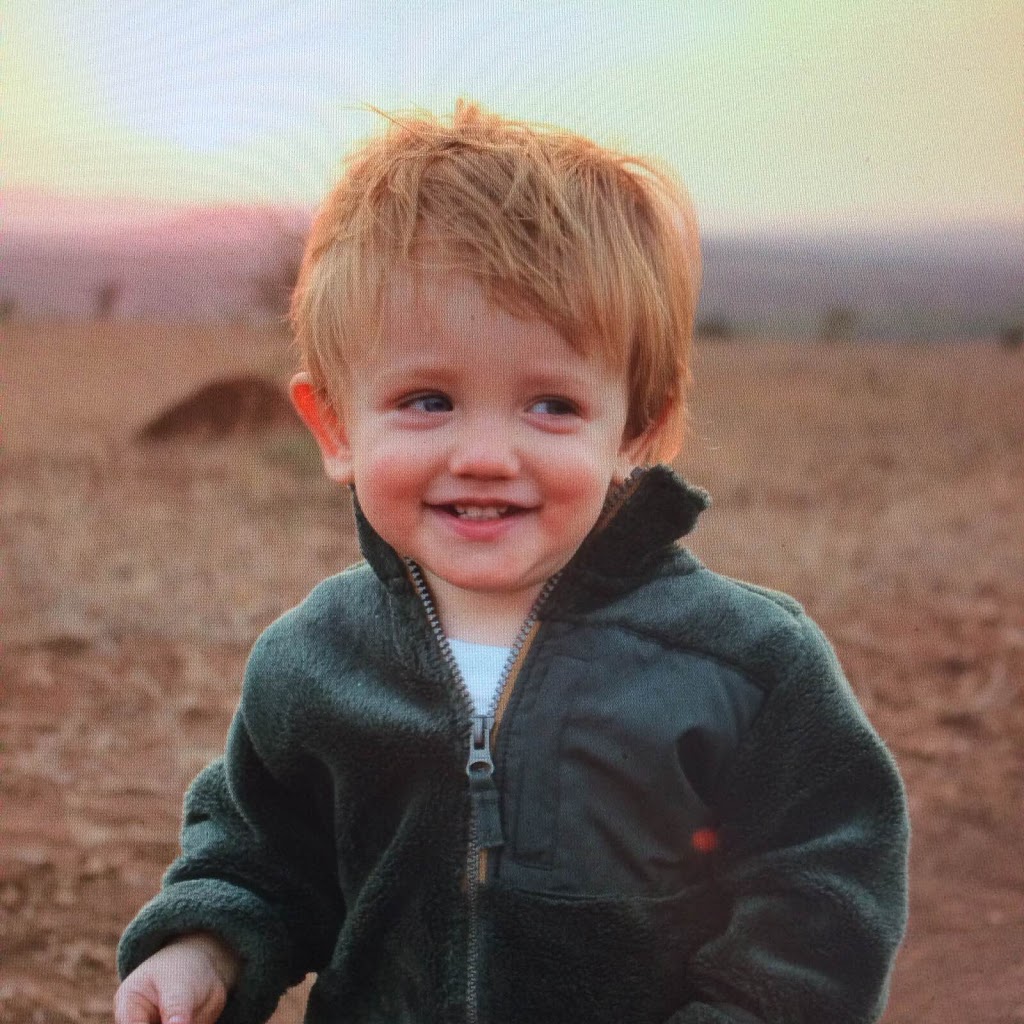 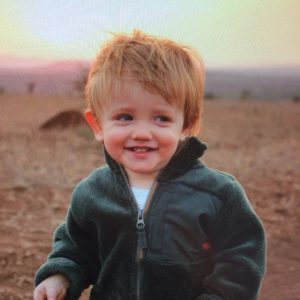 Wyatt is the son of the owner/manager team Dale and Shannon. At two and a half some of his favourite things to do at Rhino River Lodge are play in the river sand, beg muffins from the kitchen, help to feed Lucky the rhino, ride motorbikes with Dad, and take game drives to see animals. Here we learn a bit more about Wyatt in an interview. Interviewer/mom notes in parentheses.
What is your favourite animal to see on game drive? Zebra (this is news to me, mom would say it was rhinos or wild dogs)
Where is your favourite place to drive on game drive? In the river
What is the scariest animal? What is the scariest animal? (He repeats questions when he doesn’t know the answer, mom guesses this Wyatt thinks crocodiles are the scariest.)
At this point in the interview I was informed that he was going to go play with his cars. A game ranger leads a busy life, after all. Since Wyatt is a little short on words, we thought we’d share some photos of his life as a game ranger… 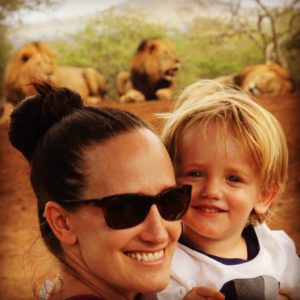 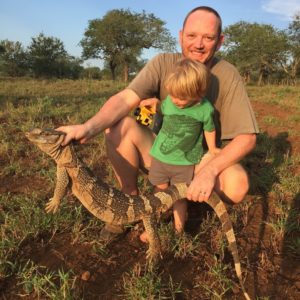 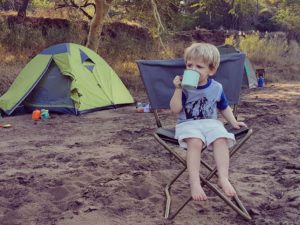 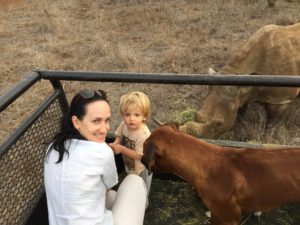 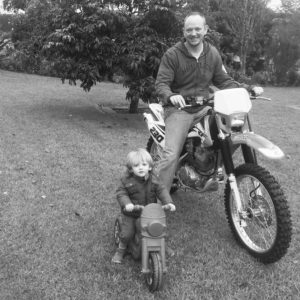 If you would like to follow Wyatt’s further adventures please check out our Instagram account @livingamounglions at: https://www.instagram.com/livingamounglions/
*Please note that we are just joking. Please do not expect Wyatt to take you on a game drive at Rhino River Lodge. At least for the next 16 years ;-).