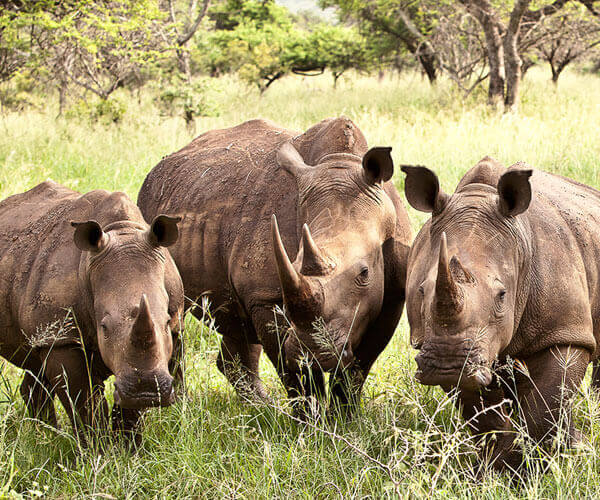 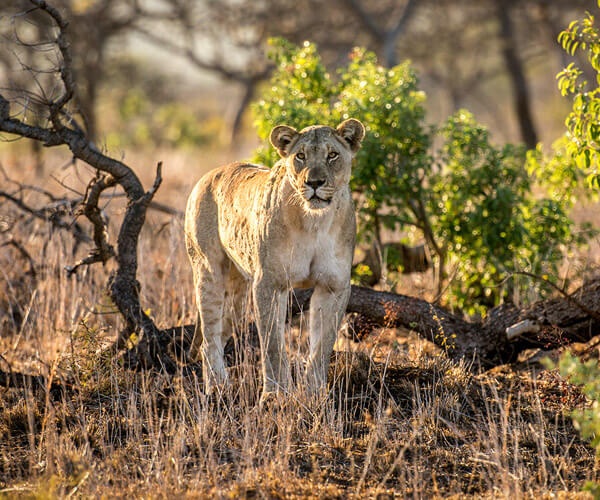 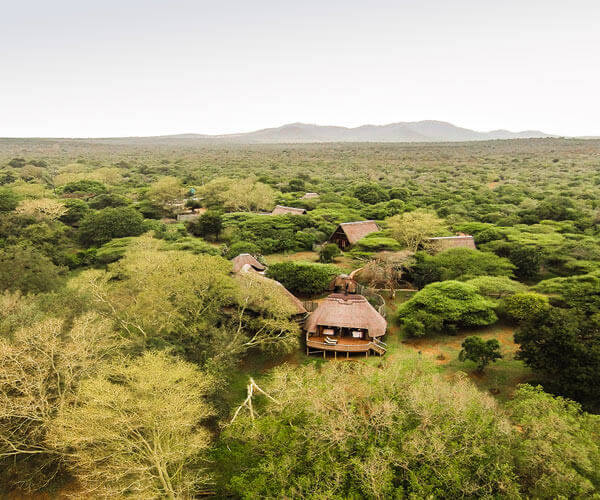 TEMPORARILY CLOSED DUE TO COVID-19 PANDEMIC

We're currently closed due to the COVID-19 pandemic, but our reservations remain open for future travel.

The South African government has implemented strict measures in an effort to minimize the impact that COVID-19 has on our country. We whole-heartedly support this and will always comply with government regulations and act in the best interest of the health and safety of our team and guests. We plan to reopen our doors as soon as it is safe and possible.

Rest assured that we understand the current concerns and difficulties surrounding planning and booking trips. In response, we have introduced a new risk-free booking policy, allowing you to book with complete confidence in these uncertain times. If you’re dreaming of your safari holiday of the future, please get in touch.

Find out more about our risk-free booking policy here.

Discover a big 5 safari in the heart of Zululand

Rhino River Lodge is a family-owned and operated Big 5 safari lodge located in the magnificent Manyoni Private Game Reserve. This 23,000-hectare private game reserve is situated in the very heart of Zululand, 30kms north of Hluhluwe-Imfolozi Park in KwaZulu Natal, South Africa. The area is renowned for its African wildlife and rich cultural heritage.

Rhino River Lodge is a relaxed family-style safari lodge with a reputation for excellent customer service and superior value for money. Join us for our game drives, where you will be guided by a knowledgeable ranger in one of our open safari vehicles and have the chance to see the Big 5 and many other African animals, birds, and wildlife. Enjoy hearty South African cuisine highlighting local ingredients, served under the stars around a campfire. Indulge in a comfortable night’s sleep in one of our well-appointed rooms, chalets or private safari homes. Join us in experiencing South Africa at its best, amongst untamed nature and warm hospitality.

In 2004, 17 private properties in the northern Zululand area dropped their fences forming what is today known as Manyoni Private Game Reserve (formerly Zululand Rhino Reserve). The impetus for forming the reserve was to provide a home to a population of black rhinos as part of the WWF Black Rhino Range Expansion Project. The joining of the properties created a 23,000 hectare private game reserve in one of the most animal-rich and species-diverse areas of South Africa.

In addition to the black rhino, the reserve is now home to all of the Big 5 (rhino, elephant, buffalo, leopard and lion) and has seen the re-introduction of two endangered carnivore species, cheetah and African wild dog. We have become one of the premier wildlife-viewing destinations in Kwa-Zulu Natal and feature beautiful varied landscapes from acacia thornveld to open savannah to riverine forest. Game drives on the reserve are regulated by the reserve and coordinated by the ecotourism businesses to minimize the impact on the environment and the stress on the animals and to provide guests a better and more intimate game viewing experience.

Stay up to date by signing up to our newsletter.